Swarna Bharat Party held a press conference in Pune on 25 June 2016. The conference was attended by about 13 journalists and an electronic media person.  Major local and state level social organizations, such as the Samta Parishad, Vasundhara Mitra Parivar, OBC Sangharsh Samiti and OBC Mahasanghatana also supported this effort.

SBP was represented by the State President Mrunal Dholepatil and the Party’s spokesperson, Sanjay Sonawani.

Many parties are contesting reserved seats on the basis of fraudulently obtained false certificates. It is understood that false OBC caste certificates can be obtained by paying a sum of 20 lakh rupees to corrupt officials. In particular, SBP noted that in the Pune and Pimpri- Chinchwad areas, around half the seats meant for the reserved OBC class are being held by people who belong to the Maratha caste but have obtained false Kunbi caste certificates. Similar malpractices are occurring in elections to Gram Panchayats, Zilla Parishads and municipal corporations all over Maharashtra.

Legal recourse is not an option due to the time consumed by courts. By the time a court verdict is issued against such persons, their term may well be over, hence this route becomes pointless.

Data gathered under RTI shows that this is happening not only in elections, but is observed in education and employment reservations.

SBP stands for liberty and the rule of law. While we are committed to policies of equal opportunity which will make the need for reservations redundant, the immediate need is to ensure that the law of the land is followed.

SBP has been holding detailed discussions with the leaders of various representative organisations in this regard.

A photo of the conference and copies of some of the press coverage are being provided below. 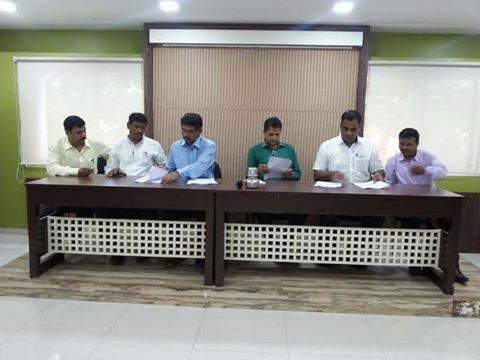